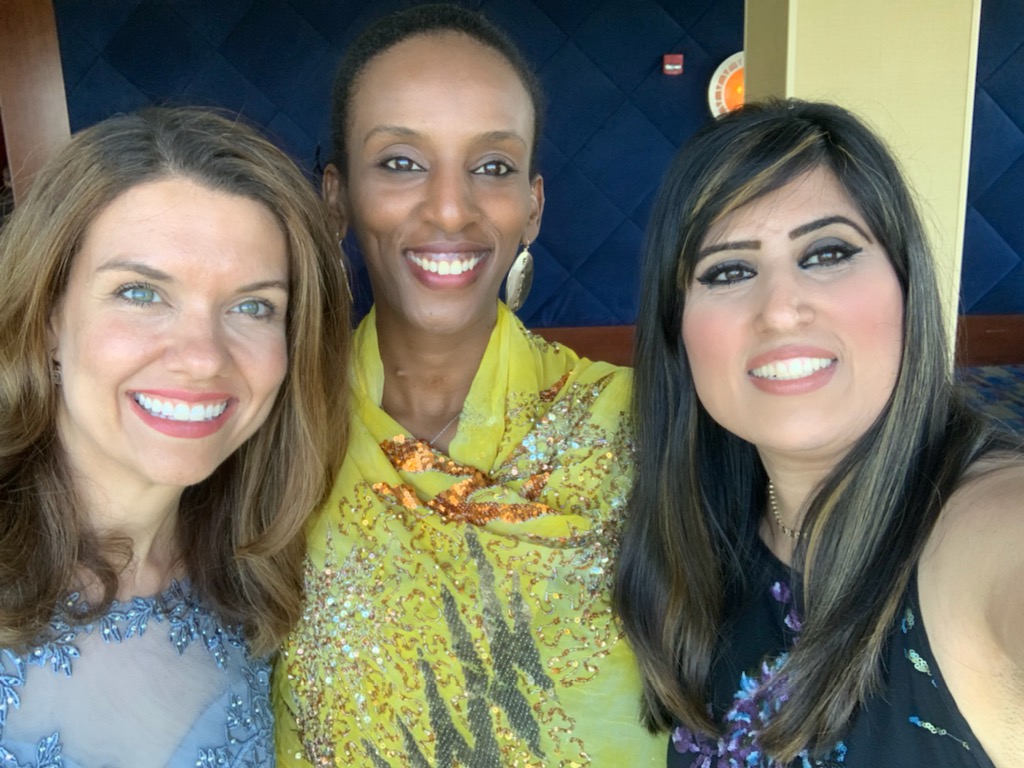 Coptic Solidarity Conference in 2019 where the vision for TAF started.

TAF was founded in 2019 by religious freedom advocate Naghmeh Abedini Panahi (right), religious persecution survivor Mariam Ibraheem (center), and government relations professional Anne Basham (left). These three friends from three different continents met up in Washington, D.C. to address the unique challenges of women facing domestic abuse and religious persecution. During this trip Ret. Congressman Frank Wolf suggested they form an NGO to address these issues from their unique vantage points. They followed his suggestion, and TAF was established just a few months later. Since then TAF has grown quickly and helped many women and children caught in domestic abuse and religious persecution in the United States and all around the world through relief efforts and advocacy. 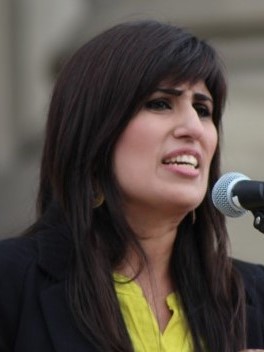 Naghmeh was born and raised in the Middle East until she was nine years old when her family moved to the United States. In 2001 Naghmeh returned to Iran as a young adult and lived there for many years experiencing the oppression and violence women are subjected to everyday in the Middle East. In 2012, her husband Saeed Abedini was arrested while visiting Iran. Because of Saeed’s plight Naghmeh was able to bring worldwide attention not only to Saeed’s imprisonment in Iran, but also to the plight of the persecuted Christians worldwide. She publicly advocated for his release to President Obama, Donald Trump and Ivanka Trump, the U.S. Congress, the United Nations, and nearly every major news outlet over the course of three and a half years while he was in prison.

During her travels and efforts, many labeled Naghmeh “a hero’s wife,” but no one knew that Naghmeh had been an abused wife and that Saeed’s imprisonment had further intensified his abuse and paranoia. In January of 2016 Saeed was released from prison, and Naghmeh filed for a legal separation and a protective order on behalf of herself and her children until Saeed could get help for his abuse. Saeed did not seek help for his abuse and instead filed for divorce. Many misused the Bible and falsely accused Naghmeh urged her to reconcile in spite of the abuse. Naghmeh’s personal experience with domestic violence and the misuse of religion to reinforce abuse has given her a passion to advocate for women who are vulnerable to abuse and oppression because of religion.

The Bible verse that guided Naghmeh in hard times is Proverbs 3:5-6.

Trust in the Lord with all your heart and do not lean on your own understanding. In all your ways acknowledge Him, and He will make your paths straight. 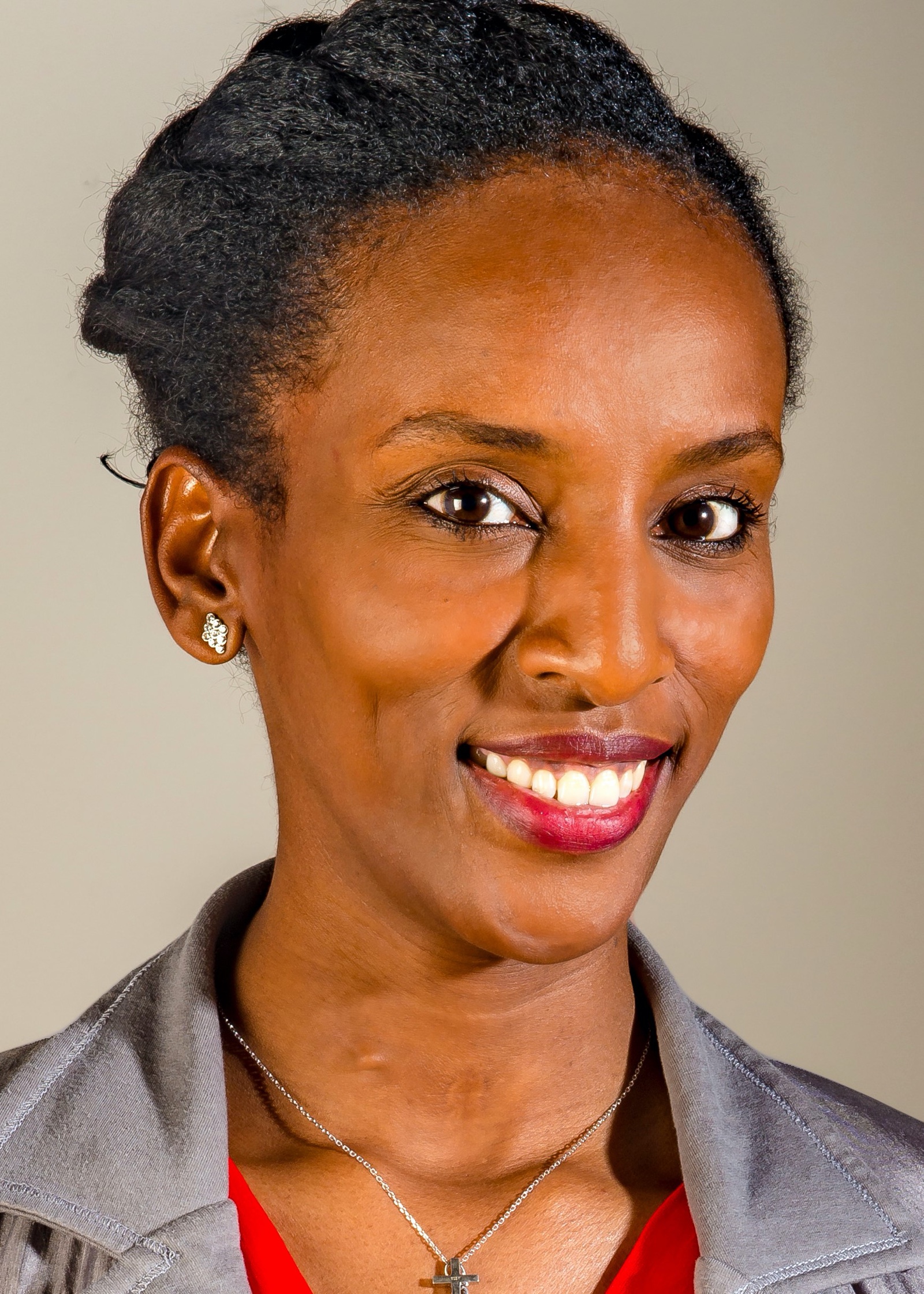 Mariam Ibraheem is a Sudanese Christian who was imprisoned for her faith in December 2013 and later sentenced to death. She was born to a Christian mother and a Muslim father, but the government automatically considered her a Muslim because of her father’s religion. Sudanese authorities declared Mariam an apostate for refusing to recant her Christian faith and imprisoned her along with her 9-month-old son, Martin. In prison, Mariam discovered she was pregnant, and her torture and execution sentence was postponed until after the birth of her daughter. Mariam gave birth to her daughter, Maya, chained in a prison cell in May 2014. Mariam’s story has garnered international attention and many have advocated for her release. Mariam was freed soon after Maya’s birth, and she eventually moved to the United States with her family.

Unfortunately, several years after her release from physical prison, she also had to escape domestic violence with her two children. She described the private prison of domestic abuse as worse than what she endured in physical prison in Sudan. She shares her story here. Mariam publicly advocates for those who are persecuted for their faith and those who are trying to escape the private prison of domestic abuse.

The Bible verse that got her through the persecution is Matthew 5:11-12.

“Blessed are you when people insult you and persecute you, and falsely say all kinds of evil against you because of me. Rejoice and be glad, for your reward in heaven is great; for in the same way they persecuted the prophets who were before you.” 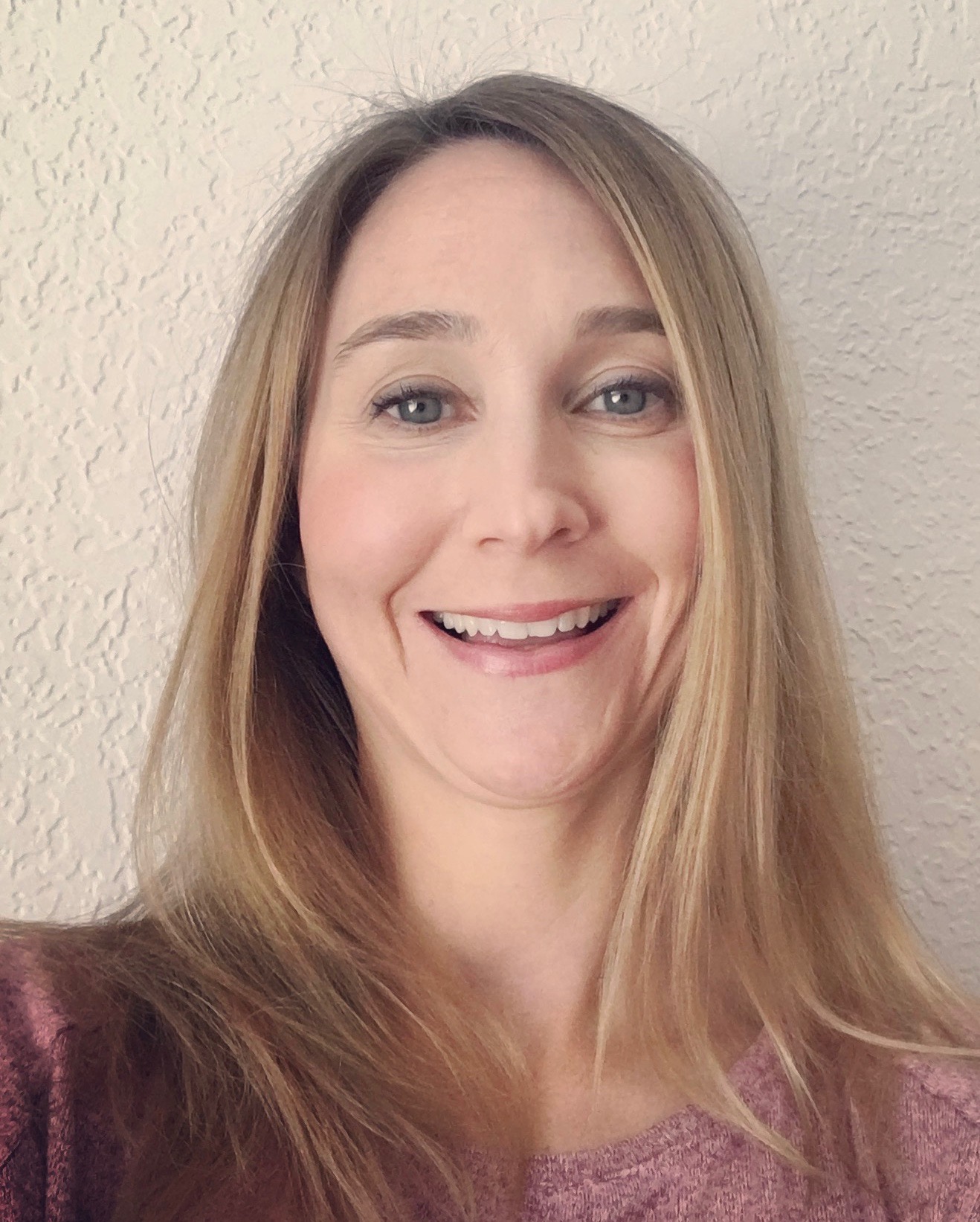 Danielle lives in Phoenix, AZ with her husband and two boys. She is a trained lay counselor who serves women seeking help and healing from domestic violence and abusive relationships. Danielle has been providing lay counseling for 18 years. She got her start at a local crisis pregnancy center providing lay counseling to young girls and women and later received extensive training to become a lay counselor for a large local church. Danielle guides and counsels women who contact TAF needing help escaping or recovering from domestic abuse.

Danielle’s passion is guiding women to find their freedom and value in Christ. She seeks to help women understand what God really thinks of them and how deeply they are loved.

The Bible verse that reminds Danielle of God’s great love is Psalm 9:9-10.

“The Lord is a refuge for the oppressed, a stronghold in times of trouble. Those who know Your name will trust in You, for You Lord, have never forsaken those who seek You.” 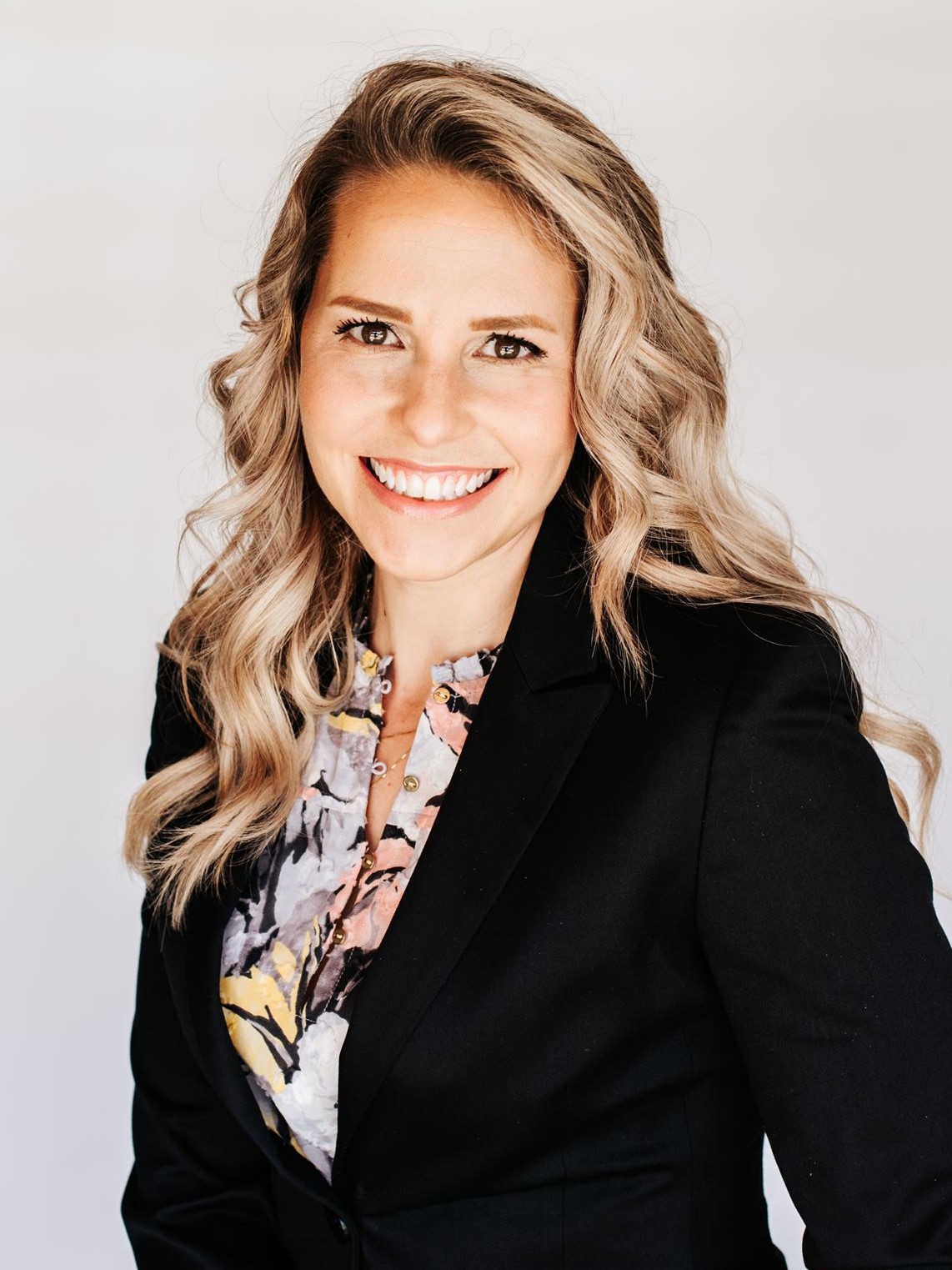 Melody lives in the San Diego, CA area where she provides content and marketing on social media channels for TAF. Melody has had a long career in brand and strategic communications for a global scientific tech and publishing company. Her prior work experience focused on marketing, education, and formulations chemistry.

Melody has a B.S. in Biology from San Diego Christian College. She is deeply passionate about being an outspoken ally, spreading awareness of hidden abuse, and supporting those who are affected.

Melody’s life verse is one that brings her hope and healing Jeremiah 29:11:

“For I know the thoughts that I think toward you, says the Lord, thoughts of peace and not of evil, to give you a future and a hope.” 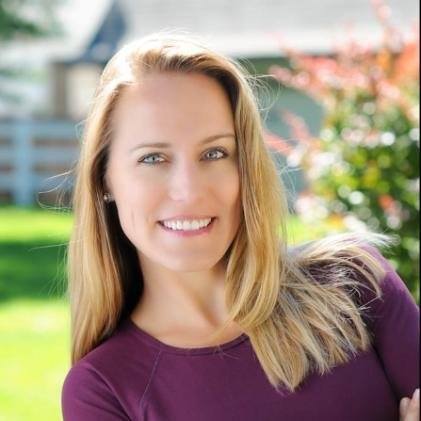 On the Board of Directors

Angela Holbrook lives in Boise, Idaho. She has a B.S. degree in Business Administration and Human Resources from the University of Idaho. After working successfully in corporate America in leadership and human resources for 15 years, she started the Boise-based recruiting firm Extendra in 2015 that is still connecting people to jobs and opportunities today.

One of the goals of exiting corporate America was to make faith and family a bigger priority. As her faith and focus on Jesus grew, so did her involvement in women’s groups and Bible studies, which eventually led to a friendship with Naghmeh Panahi. Angela is thrilled to stand with women experiencing abuse and persecution.

The Bible verse that helps Angela keep perspective and be more persistent in prayer is Ephesians 6:12-13:

“For our struggle is not against flesh and blood, but against the rulers, against the authorities, against the powers of this dark world and against the spiritual forces of evil in the heavenly realms. Therefore, put on the full armor of God…”