"Silence in the face of evil is itself evil: God will not hold us guiltless. Not to speak is to speak.. Not to act is to act."
~ Dietrich Bonhoeffer

Naghmeh Panahi was born into a Muslim family in Iran. From the age of two, Naghmeh witnessed a country at war. In 1979, Iran underwent an Islamic Revolution and then entered an 8-year war with Iraq which heavily involved the city of Tehran where Naghmeh grew up. Bombings and missiles were a daily occurrence. Walking to school meant walking through the rubble of friends’ homes and entering a classroom of missing friends and painful memories. 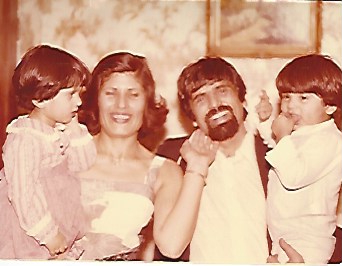 Eventually chemical warfare was used, and unimaginable side effects plagued the country. At an early age the horrors of war caused Naghmeh to seek God for answers about why he would allow such suffering. Naghmeh and her twin brother became steadfast in their pursuit of God. As Muslims they read the Quran, performed Islamic prayers, and fasted.

Eventually, recruiters from the Iranian military began entering elementary schools and encouraging boys to enlist in the military, saying that if they died they would go to heaven because this was a holy war. The young boys were sent to the front lines to run through land mines so that the trained soldiers could safely follow after them. If parents objected to their children enlisting, they would be taken by the police and imprisoned for speaking against the government. With a young son in jeopardy, Naghmeh’s family knew they must leave Iran.

Naghmeh’s parents were furious when they found out that she had become a Christian and considered moving the family back to Iran. Instead of moving, Naghmeh’s family was persuaded to move closer to family in Boise, ID where they hoped the seclusion of the area would provoke their children to return to Islam. Eventually their hearts softened after secretly reading a Bible they had taken from Naghmeh seven years earlier. They too became followers of Christ.

Naghmeh’s hope was to be a missionary medical doctor in a third world country, so she became a pre-med student at the University of Puget Sound. Soon after September 11th, 2001 Naghmeh returned to Iran, this time as a Christian.

This is when Naghmeh experienced the plight of Christians and religious minorities in Iran and also gained first-hand experience of the oppression and violence women are subjected to everyday in the Middle East. Her own life was in constant danger as a Christian convert from Islam. She was arrested by the Iranian revolutionary guards multiple times, and with guns pointed at her head was told to renounce her Christian faith or she would be raped and killed. She lived in constant fear of associating with other Christians because many times the house churches were raided, and her friends and fellow Christians were arrested and imprisoned.

In 2002 Naghmeh met Saeed Abedini and helped start one of the largest house church movements in Iran. In 2004 she married Saeed, and by 2005 the house churches had grown to over 2,000 members in over 30 cities. As the house churches grew so did the persecution. Due to increased persecution and arrests Naghmeh and Saeed left Iran and returned to America where Naghmeh raised her two children Rebekka and Jacob in Idaho. In 2012, her husband, Saeed Abedini, was arrested while visiting Iran. Through God’s grace Naghmeh was able to bring world-wide attention not only to Saeed’s imprisonment in Iran, but also to the plight of persecuted Christians worldwide. She orchestrated multiple large prayer rallies around the nation and spoke at churches, human rights groups, major news networks, the United Nations in Geneva, the European Parliament, multiple times before Congress, and to President Obama and Donald Trump. Each time God used Naghmeh to proclaim the Gospel, and a widespread prayer movement was started in the Christian community. 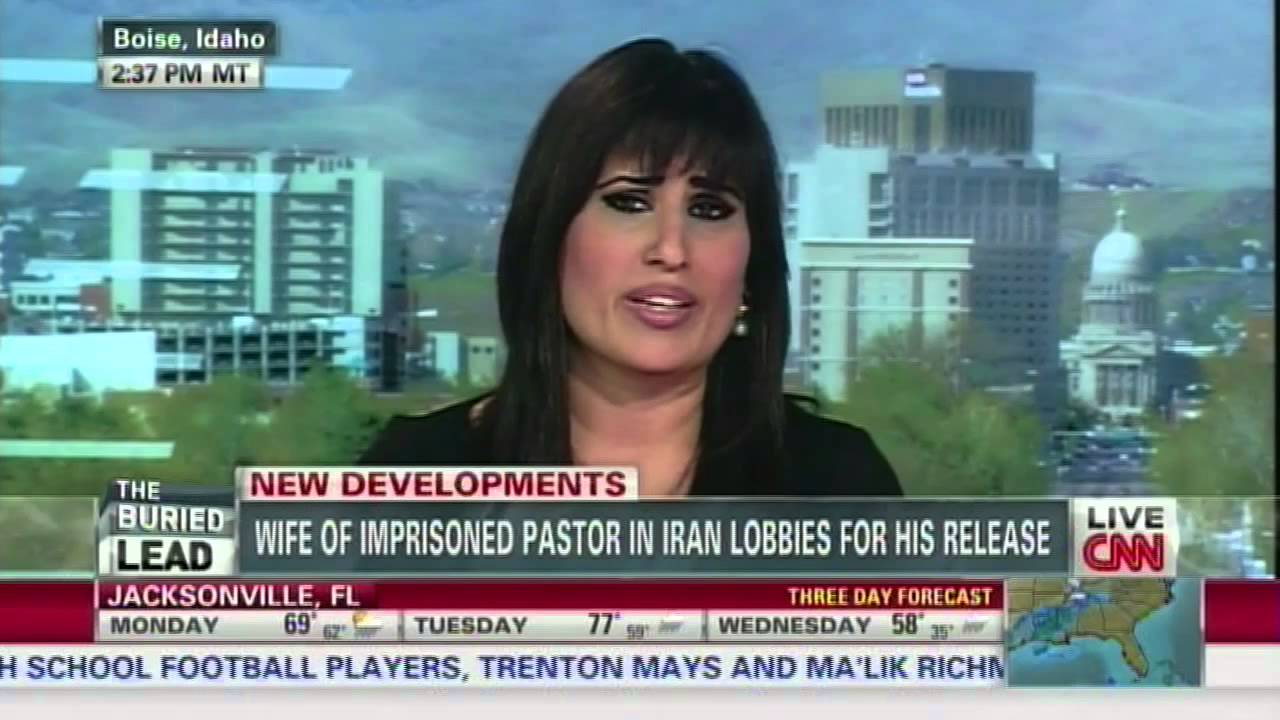 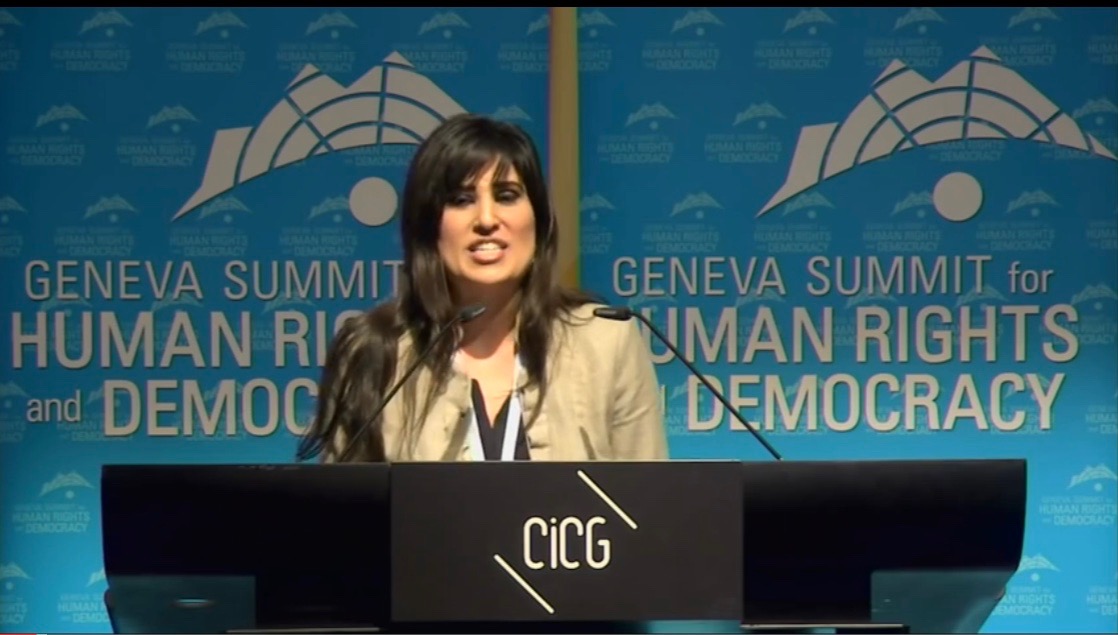 During her travels and efforts, many had labeled Naghmeh a hero wife that her husband must be proud of. But what no one knew was that Naghmeh was carrying a deep pain and secret that was becoming increasingly more difficult to carry. No one knew that during the last year of Saeed’s imprisonment he had been able to gain access to a smart phone inside the Iranian prison. No one knew that in her effort of trying to get Saeed out of the Iranian prison, a false image of him was developed.

From the moment Naghmeh had met and married Saeed in Iran in 2004, their relationship was filled with much abuse and infidelity on his part. What originally drew Naghmeh to Saeed was his charismatic personality and what seemed to be his passion for Christ. But soon after her marriage Naghmeh found herself trapped in a dark and abusive marriage cloaked with the appearance of Christianity. Believing Scripture’s requirement to be a submissive wife, from that moment on she submitted to Saeed, minimized his sin, and justified his behavior in order to save her marriage. No one knew that the verbal, emotional, psychological and religious abuse had not only continued within prison walls but had gotten much worse.

Naghmeh did all she could to gain the release of her husband in spite of the daily abuse she endured. Once she finally realized the abuse she lived under, God protected her and guided her towards her own freedom.

After three and half years in prison in Iran, Saeed was released on January 16, 2016. Naghmeh filed for a legal separation and a protective in order to protect herself and her children until Saeed could get help for his abuse. Saeed did not seek to get help on his abuse and instead filed for divorce.The marriage ended shortly after Saeed’s return in 2016, and Naghmeh took a break from public advocacy to heal and recover. God used Saeed’s imprisonment to bring clarity to Naghmeh and reveal to her the abuse that she had been under. Saeed’s imprisonment set Naghmeh free from abuse and has given her voice to advocate for other abused women.

Trust in the Lord with all your heart and do not lean on your own understanding. In all your ways acknowledge Him, and He will make your paths straight.

Naghmeh’s personal experience with domestic violence and the use of religion to further reinforce abuse has given her a passion to advocate for women who are specially vulnerable to abuse and oppression because of religion. 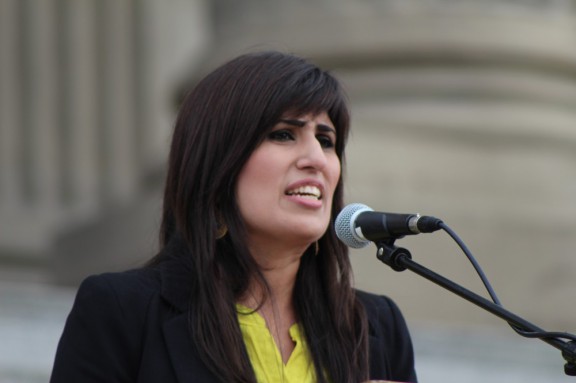