TAF IN ACTION: Hearing on H. Res. 512 – The Global Repeal of Blasphemy and Apostasy Laws

“Christianity is the most persecuted religion on the planet. Every day 11 Christians are killed.” – Rep. Roy (R – TX)

This statement was made today during the hearing on Capitol Hill demanding an end to religious persecution by calling for the global repeal of blasphemy, heresy, and apostasy laws. These are laws that sentence thousands of people to death every year, including TAF co-founder Mariam Ibraheem. Although these laws often target Christians, “no group is safe from the rising tide of religious persecution.” (Rep. Raskin, D – MD) 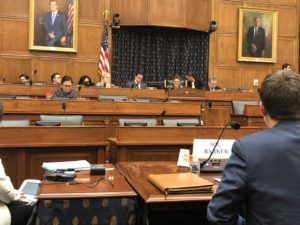 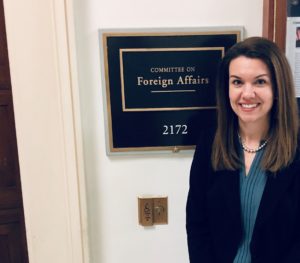 Generally, we do not dedicate time to advocating extensively for resolutions because they don’t have the “teeth” of other legislation (they aren’t “laws” but are “strong statements”), but this resolution is different. TAF has placed a priority on advocating for H. Res. 512 since early fall last year, and several representatives cosponsored this legislation because of our efforts. More than 50 religious liberty advocacy organizations have joined us in calling on Congress to pass this necessary resolution.

We believe that religious freedom is the foundational human right from which all others flow,

and therefore, it should be in the forefront of U.S. foreign policy priorities. Countries without freedom of religion also strip their citizens of many other rights; conversely, when countries place a high value on the freedom of religion, then women and other citizens also enjoy many other human rights. This is why we cannot address the many other human rights concerns in the world without first prioritizing the basic human right of freedom of religion or belief. As Ambassador Brownback has stated, there is momentum on the topic of religious persecution, and it will be a priority item on the agenda at the U.N. Human Rights Conference this March in Geneva where Mariam Ibraheem and Anne Basham will be advocating in a few months. Other nations are watching U.S. congressional statements such as this, and resolutions like H. Res. 512 send a message to the world that we are not ignoring the growing threat of religious persecution, and we are working to “set the captives free.” (Isaiah 61:1) These advocacy efforts are not possible without YOU. Your support of TAF’s advocacy is making a difference in Washington and around the world. Thank you.

What are Blasphemy Laws?

What Does the Resolution Do?

Who Supports the Resolution?

Representative Mark Meadows submitted Mariam Ibraheem’s testimony into the Congressional Record today and talked about having personally held her baby, Maya, who was born in prison. He said this issue “is personal” for himself and many representatives in the room.

The full text of Mariam Ibraheem’s statement for the Congressional Record can be read below.

In 2013, I was imprisoned and sentenced to 100 lashes and death by hanging because of apostasy laws in Sudan. My crime was practicing my Christian faith and being married to a Christian man. According to these laws in Sudan, I was legally considered a Muslim because my father was Muslim, even though I was raised by my mother as a Christian all my life. At the age of 26, I was imprisoned while I was pregnant with my second child. My toddler son was also with me in prison and at the court hearings.

I was charged with apostasy because I refused to renounce my Christian beliefs, and I was charged with adultery because the court considered my marriage invalid according to the laws in my country. Apostasy laws punish people for converting away from Islam. Attorneys and witnesses were barred from testifying on my behalf because they were Christians. According to the laws, my children were considered adulterous children, and therefore, their father and I had no right to raise them. They were sentenced to be taken by the government and kept in an orphanage with many other children who were born outside of legally sanctioned marriages. But God had other plans. My daughter, Maya, was born on May 27, 2014 in a Sudanese prison cell, and she was added to my file in prison as “unknown” and not given a name.

I witnessed horrible things in prison. Every day one or two children died. There was no clean water and sometimes no water at all. Prisoners slept on the floor and were harassed by mosquitoes. While in prison, I was always praying and talking to God. I knew he was always with me. Because I refused to convert to Islam, they accused me of mental illness, and the court allowed Imams to visit me every day to read the Quran over me. They also used physical punishments.

However, because of the prayers and advocacy efforts of many people, including some people in this room, I was released from prison shortly after Maya’s birth and allowed to leave Sudan. This is extremely rare, and I consider it a miracle.

Though my release was unusual, my imprisonment was not. There are too many cases like mine. Many Christian women in Sudan and around the world face similar sentences because of blasphemy and apostasy laws. Blasphemy laws prohibit insults to a certain religion, and apostasy laws punish people who convert from Islam. There is no freedom of religion or freedom for women where these laws exist.

According to the Open Doors World Watch List for 2019, 245 million Christians in the world experience high levels of persecution for their choice to follow Christ. In 2015, five students were arrested at Khartoum University during a religious debate. Four of these students were Atheists, and one was a Christian. The Christian was charged with blasphemy, and he received 150 lashes and was forced to apologized for his opinions about Islam. The others were charged with apostasy, and their families tried to help them by claiming that they had a mental illness. They were sent to a rehabilitation center, and they lost their opportunity to return to college.

A 2020 report from the U.S. Commission on International Religious Freedom stated that at least 83 countries have laws that criminalize blasphemy. These laws keep people from exercising their religion and holding successful careers. In my case it was discovered that distant family members targeted me not only for my Christian faith but also because I had two successful businesses. Apostasy laws were used as an excuse to imprison me and take my businesses. This is common for successful women of all religions in countries with these laws. Blasphemy laws impact everyone, but they especially target and restrict women. It’s time for this to change. Freedom of religion is the core human right from which all others flow, and it should always be at the forefront of foreign policy. If you are born in a country with blasphemy and apostasy laws, your life is limited from birth, especially if you are a Christian or a woman.

When America speaks out, other countries will follow. They are listening to how Congress values the freedom of religion or belief.  House Resolution 512 can be a model for other nations. Like Esther in the Bible, I believe that each person here today has been given a voice to speak up for those who cannot speak up for themselves. Thank you for the opportunity to share my story. God bless.

Tags: apostasy, blasphemy, H. Res. 512, hearing, religious freedom
Next Post
A woman suspects abuse in her marriage: How should a church respond?
Previous Post
TURKEY: Why is it now so dangerous for Christians?