WASHINGTON, D.C. – U.S. Sen. Ted Cruz (R-Texas), member of the Senate Foreign Relations Committee, and Tony Perkins, Chair of the U.S. Commission on International Religious Freedom, renewed their call for Leah Sharibu to be released from captivity in Nigeria where she has been held captive since 2018 by ISIS in West Africa for refusing to renounce her Christian faith and convert to Islam. Leah’s mother, Rebecca Sharibu, attended the event at the U.S. Capitol and gave a tear-filled plea to release her daughter. 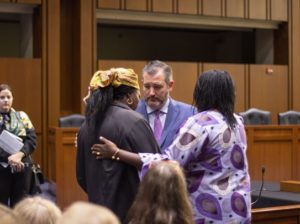 Mr. Tony Perkins prayed Psalm 23 with Rebecca Sharibu and others in attendance at the end: 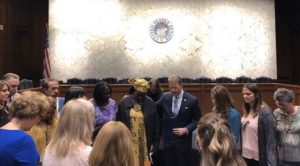 Rep. Sheila Jackson Lee (D) was not able to attend the event, but she arrived afterward to speak extensively with Rebecca Sharibu. Partisan politics were put aside for the sake of unity for a worthy cause.