Prayer Vigil for Leah Sharibu at the U.S. Capitol and Bipartisan Letter to the Nigerian President

WASHINGTON, D.C. – Yesterday at 1pm dozens gathered to pray in front of the U.S. Capitol for Leah Sharibu who was abducted by Boko Haram (ISIS in West Africa) in 2018 with more than 100 of her classmates at Dapchi School in Nigeria.

Leah was the only Christian who was abducted. One month after the abduction, all of the girls were released except for 14-year-old Leah Sharibu. According to a classmate Leah was not released because she refused to deny Christ and convert to Islam. Leah sent a quick note to her mother with one of her classmates when she realized that she would not be released. In the note she wrote, “I know it is not easy missing me, but I want to assure you that I am fine where I am…I am confident that one day I shall see your face. If not here, then there at the bosom of our Lord Jesus Christ.” 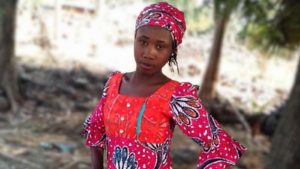 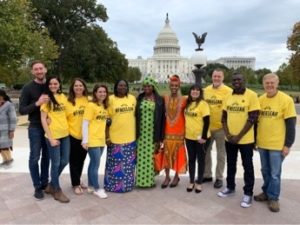