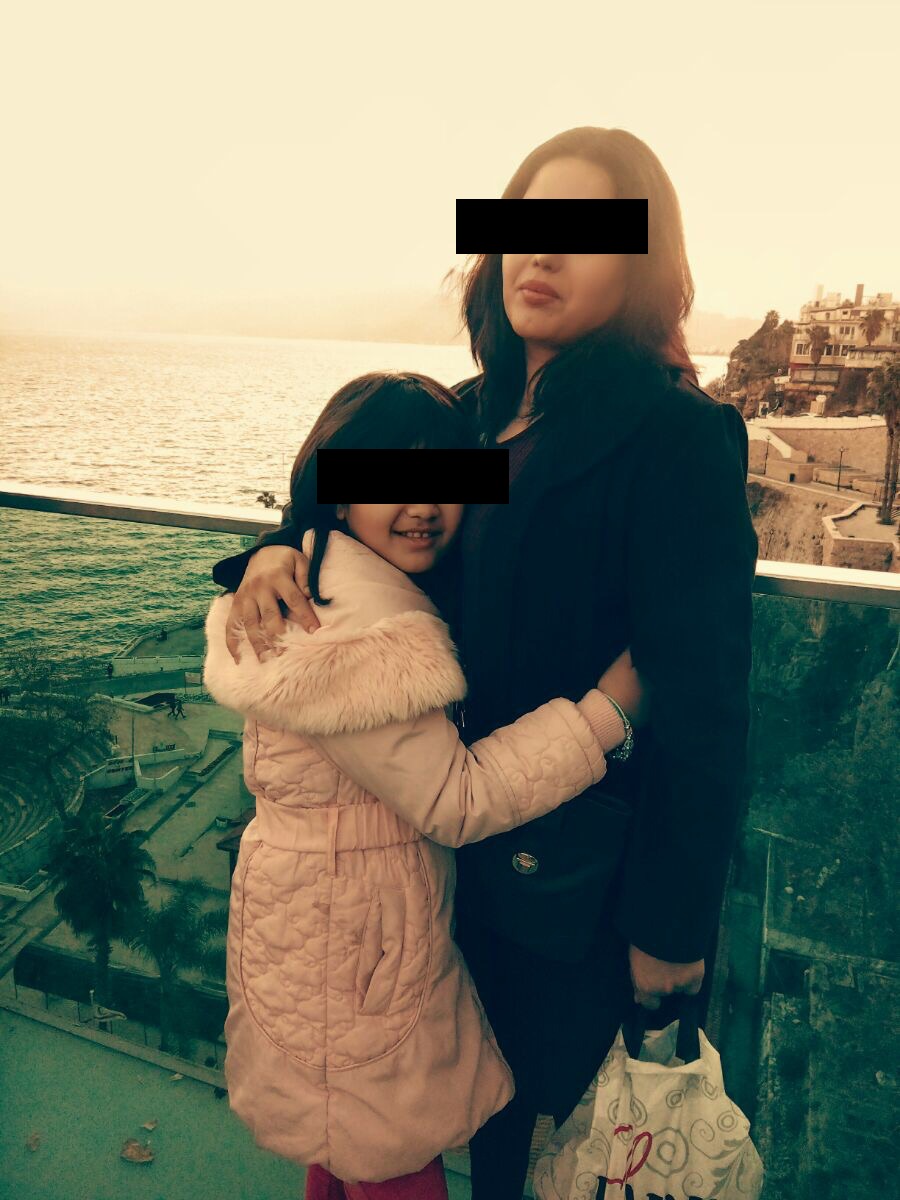 17 years ago I gave my heart to Jesus Christ. I am so happy for the salvation that I have and that the Lord Jesus Christ is always with me and with my daughter. Although I have passed through many trials and persecution inside of Iran and now in the country of Turkey, I can sense that Jesus has always been by our side. I was born into a Muslim family in Iran and later became a follower of Christ.  Unfortunately, I married a man who beat me and was also addicted to drugs. Soon after our daughter was born, he abandoned us. I was devastated living in a country that despises and mistreats single mothers. Soon after the birth of my daughter I was forced to live in a very poor neighborhood. In order to provide my daughter and myself I borrowed money and bought clothing that I would sell door to door. On one occasion I was asked to step into the backyard in order to show what I was selling where I was then surrounded by three strong men. Immediately, I knew their evil intentions. As they approached me I cried out to Jesus, “Help me Jesus Christ, the living God, please protect me!” As soon as these men heard that I was calling on the name of Jesus, they froze and asked if I was a Christian. I grabbed my belongings and fled. Later I thought, “Who do I have in this world but Jesus? He rescued me.”

After this experience I pursued office jobs, but each time the employer saw on my ID card that I was a divorced woman they would offer to take care of me and my daughter financially if I became their “temporary wife.” I refused and said that I was a Christian. As a result employers threatened to turn me over to the police as a convert from Islam if I did not become their temporary wife. I continued to flee and cry out to God to provide for me and my child. Eventually a woman offered to help me start my own business. However, soon after opening my store, a neighboring store owner saw me reading the Bible. He asked if I was a Christian, and I told him about my faith. Soon after this other store owners began threatening me to abandon my store or they would report me to the police saying that I was a convert using my store to evangelize to others.  I started packing my things, but by the time I returned to the store with a car to move my belongings all of them were burned. I grabbed my phone to call the police, but I was told that they would turn me in as a Christian if I reported them. I was heart broken and did not know what to do. Women in Iran are considered weak and useless second class citizens, and I became even more vulnerable as a single Christian mother. I was reminded of Matthew 5:11-12, “Blessed are you when people insult you and persecute you, and falsely say all kinds of evil against you because of Me. Rejoice and be glad, for your reward in heaven is great; for in the same way they persecuted the prophets who were before you.”

Homeless, my daughter and I moved every few days staying with various family members. When my daughter began kindergarten, I met other moms at her school. Many moms were either temporary wives of men with multiple wives, or their husbands were addicted to drugs, and they were “rented out” to other men by their own husbands in order to provide for their drug needs. They saw that no matter the poverty I faced, I refused to sell my body or become a temporary wife. They saw that I had a peace and joy that they could not understand and asked me why I was so different even though my situation was so hard. I told them that it was because I believed in Jesus and was no longer a slave to sin. I had found freedom from sin in Jesus, and I knew that God would provide for me and my daughter. These women soon also became followers of Christ even though in many ways their life became even more difficult after they believed in Jesus. They too had a peace and joy that surpassed all understanding.

Many women in Iran are abused and sold into sex slavery where they are helpless and defenseless, but these are the women who are rising up and finding their value and worth in Jesus. They can’t help but share this internal freedom with others. This is why Christianity is spreading quickly in Iran. As more and more women became followers of Christ and shared the Gospel with others, I was targeted  and threatened by the Iranian government. I was forced to flee to Turkey with my daughter, but the conditions here in Turkey are still difficult. Unclean living conditions almost killed my daughter a few months ago. I sobbed as she lay helpless in a new country where I did not know anyone. I called Naghmeh Panahi, and we cried together. My daughter recovered, and TAF paid our hospital bills, moved us into a safe apartment, and covered daily living expenses as we work to recover our lives. I am one of many other women and children they have helped in similar ways.

Because Turkey and Iran are unfortunately similar now in many ways, we are afraid of being sent back to Iran, but God has never failed us, and He has used every hard situation and persecution to draw us closer to Jesus. Here in Turkey I continue to share my faith with others and now there is a Bible study that meets in my home. I can see that God has used persecution to bring us to a new place where others need to hear about Jesus. I am so thankful to Jesus that He never abandons us, and I am thankful to brothers and sisters in Jesus who are praying for us and supporting us.

Next Post
JOIN US! Prayer Vigil in Washington, D.C. and Around the U.S. for Leah Sharibu
Previous Post
3 Minutes That Landed Me in ISIS Territory