“We are afflicted in every way, but not crushed; perplexed, but not despairing; persecuted, but not forsaken; struck down, but not destroyed.” -2 Corinthians 4:8-9 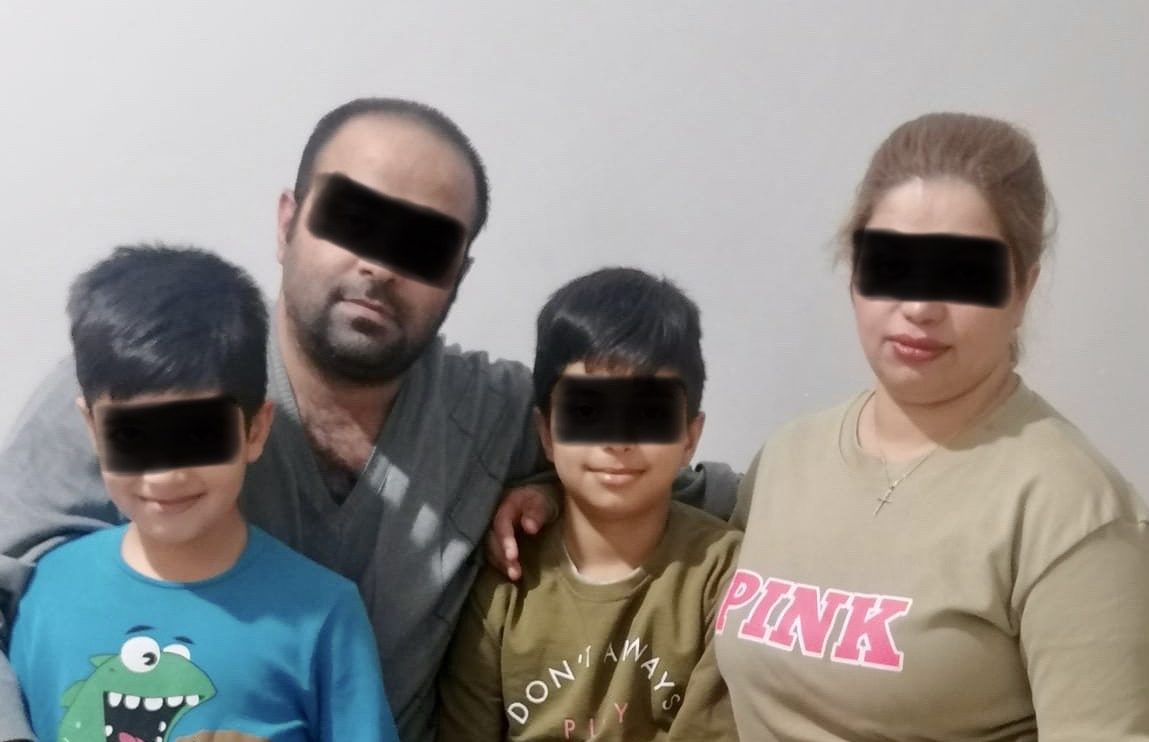 *For sensitive updates on Mona and others that we cannot share online, please subscribe to our email prayer updates.

My name is Mona. I am sharing my journey of faith to encourage those who are suffering. Praise God that Jesus is alive, and He sees.

I was born in Iran to a Muslim family. At the age of 20, I believed in Jesus Christ as my Lord and Savior through hearing a preacher share the Gospel on satellite TV. Soon after that I connected to the underground house churches and began gathering with other believers to read the Bible and pray. I was a new believer and had great excitement about telling others about Jesus. I was sharing my faith with family members and friends, and many people became followers of Christ. However, as the house churches grew so did the persecution. Two years after my conversion I was violently attacked and arrested by the Iranian intelligence police as I was coming home from a house church meeting. I was taken to a detention center, and when I arrived my body was covered in bruises from their attack. I was threatened and told to deny Christ and return to Islam. I refused to deny my faith and prayed that God would rescue me from their hands. Finally, they agreed to let me go if I gave a written statement to the Iranian government saying that I would no longer be part of the house churches, and if I was caught associating with other Christians I would be arrested and taken to prison. I signed the agreement.

During that season I gave birth to my two boys. I was afraid of risking my life and the lives of my children if I associated with other Christians, but being separated from my Christian brothers and sisters was so difficult that I soon became involved again with the house churches. I saw many hurting and broken women who were abused, abandoned, or divorced dealing with depression and anxiety. I would share my faith with them. In Iran women do not have the right to divorce. It is  rare for a woman to be able to obtain a divorce even in the midst of much violence, abuse, and adultery, but men are able to easily divorce their wives and get new wives. Women who are divorced are considered outcasts and are treated as prostitutes by society. They are constantly taken advantage of and are forced into prostitution in order to have an income for themselves and their children. If they get an office job, their bosses often try to coerce them into sleeping with them. When Christian women refuse saying that they are Christians, these men often threaten to turn them into the police if they do not sleep with them. When these poor and abandoned women become Christians in Iran, their plight becomes worse, and they live in constant fear. However, even under such harsh conditions many women will not deny their faith, and they stand up for their freedom of belief despite intense persecution.

When I lived in Iran the churches continued to grow, and I was also growing in my faith. Unfortunately, about 6 months ago my younger sister was arrested for being a Christian and taken to solitary confinement. My house was also raided, and my passport was taken. I was not able to leave the country, and I was told to report to the intelligence police. Since I had broken my agreement not to participate in house churches, a warrant was issued for my arrest, and I was told to turn myself in to the police. I was so worried that my children would be without a mother. After much thought and prayer, I decided instead to flee the country. My husband and children were able to leave the country easily with their passports, but I had to be smuggled out of the country. I was afraid of being raped and killed, and I clung to Jesus and begged Him to help me leave the country safely so that I would see my children again. An Afghani family ahead of me was found by the police and arrested. After seeing this I was very afraid of being discovered by the Iranian police and shot or beaten to death as had happened to many others before me. I was put into a watermelon truck to pass the border of Iran and enter the country of Turkey. As we passed the border the police kept shining the flashlight into the truck, but they could not see me. I was reminded of Romans 8:34 where it says that Christ intercedes for us. I knew that I was in the safe hands of God.

I safely arrived in Turkey and was reunited with my family, but the situation in Turkey was also very difficult. The cost of living in Turkey is much higher than Iran. We have to live in poor neighborhoods, and soon after we arrived my children got sick and were without medical coverage. In addition, I have faced much hostility in Turkey when people find out that I am a convert from Islam. The Turkish police are deporting many Iranian Christians back to Iran. I feel isolated and alone, and many days I don’t know if I will have enough food for me and my children or if we will have a roof over our head. I am afraid of getting sick and not being able to cover the medical expenses. Each suffering has only strengthened my faith and given me a deeper revelation and understanding of the Word of God. I especially love Paul’s letter to the Philippian church which he wrote while in prison. Paul was in prison, yet he was encouraging those on the outside. I hope that I too can be an encouragement to others in the midst of my trials and suffering.

I hope that one day women like me in the Middle East can choose their religion and belief without the fear of being harassed, abused, or being arrested.

TAF is supporting Mona and her family and working to further their release. To contribute to them click HERE and select “Iranian Refugees.”