“But you’re such a beautiful family!” My friend said with a bit of desperation, in response to my explanation of separation.

“We may have nice photos on social media, but it’s not a beautiful picture on the inside,” I replied.

He didn’t have to hit me to make me feel like I was dying.

During the marriage, I identified with feeling mistreated; he was unkind and he wasn’t loving, yet the word abuse did not occur to me.  It wasn’t until I saw the control and abuse wheel that I felt understood. Control, manipulation, isolation, blaming, humiliation, and raging jealousy were ongoing in my marriage. 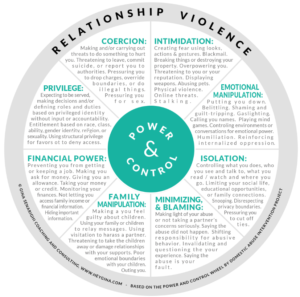 Many women feel that unless the behavior they experience from an abusive partner is criminal, they are obligated to endure it. This is wrong, however. Everyone deserves to live in safety.

Proverbs 18:21 “The tongue has the power of life and death.”

Behavior from an abusive partner creates paralyzing hypervigilance and fear; victims will do nearly anything to make their suffering end. Ironically, many victims stay in abusive relationships for this very reason, because leaving creates fear of further abuse. In fact, it is highly dangerous to leave an abusive partner as it triggers unpredictable abusive behavior such as worsting threats, stalking, slander, and newly heightened violence. 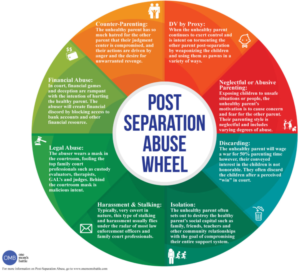 Everyone deserves to live in safety and freedom. God does not condone abuse. In Ephesians 5:25 God commands husbands to “love their wives, just as Christ loved the church and gave himself up for her.” God is a protector of the oppressed, He cares more for people than an institution.
Please access our resources for help, if you or someone you know needs support in escaping an abusive relationship. We are a team of women who know what it’s like to be abused and we help women escape and recover from domestic abuse.

Psalm 10:17-18 “O Lord, You have heard the desire of the humble; You will strengthen their heart, You will incline Your ear to vindicate the orphan and the oppressed, so that man who is of the earth will no longer cause terror.”